1 month ago 136
media captionWatch: Liz Cheney responds to being ousted from Republican leadership

US Republicans have voted to oust a top lawmaker, Liz Cheney, from her leadership post over her criticism of former President Donald Trump.

The Wyoming lawmaker, daughter of ex-US Vice-President Dick Cheney, has held the third-ranking post in the House of Representatives since 2019.

On Tuesday she said her party could not stand for truth if it upheld Mr Trump's false claims he won the 2020 election.

House Republicans will probably replace her this month with a Trump loyalist.

The move is seen as a sign Mr Trump's grip on the party is stronger than ever six months after he lost the election.

What happened at the vote?

Ms Cheney's fate was decided in less than 20 minutes by House Republicans behind closed doors on Wednesday morning.

Colleagues reportedly applauded her leadership tenure, but Ms Cheney drew boos when she spoke during the session and said: "We cannot let the former president drag us backward and make us complicit in his efforts to unravel our democracy."

The ballot was not recorded but lawmakers cast an overwhelming voice vote in favour of removing Ms Cheney from her post.

Immediately following her removal, she told reporters: "I will do everything I can to ensure that the former president never again gets anywhere near the Oval Office."

Ms Cheney has repeatedly condemned Mr Trump over his unfounded claims the 2020 vote was stolen from him.

Fellow Republican lawmakers say she is relitigating the past while they want to move on and focus on the next election.

Reacting to the news of Ms Cheney's removal from leadership, Mr Trump released a statement attacking her as "a bitter, horrible human being" and "a talking point for Democrats".

Revelling in the Republican strife, the Democratic leader of the House, Speaker Nancy Pelosi, lavished praise on Ms Cheney as a leader of great courage, patriotism and integrity".

Why was Cheney in trouble?

Her political fall from grace stems from the aftermath of the Capitol riots on 6 January, when Trump supporters stormed Congress.

She was one of 10 members of her party who voted days later with Democrats to impeach the then-president for incitement of insurrection. He was acquitted in the Republican-controlled Senate.

Accusing her of disloyalty, rank-and-file House Republicans held a vote a month later on unseating Ms Cheney from her role as party conference chair.

But the party's leader in the lower chamber, Kevin McCarthy, advised colleagues at the time against removing her. She survived the secret ballot by 145-61. Since then she has continued to upbraid Mr Trump.

The final straw for many party colleagues seems to have been her anti-Trump broadside last week in a Washington Post op-ed. After its publication, Mr McCarthy and his deputy, Republican whip Steve Scalise, began taking steps to oust Ms Cheney.

Mr McCarthy was recently caught on a hot mic telling a Fox News presenter: "I've had it with her. You know, I've lost confidence."

A counterpoint to Trumpism

Liz Cheney was 10 years old when the first Star Wars film premiered. Forty-four years later, she's playing Obi-Wan Kenobi to Donald Trump's Darth Vader, telling him that if he strikes her down, she will become more powerful than he can possibly imagine.

With her ouster from House Republican leadership on Wednesday morning, the first part is done. Now it's up to Ms Cheney to build an anti-Trump movement that makes the second part a reality.

Unlike some other Republican officeholders who challenged Mr Trump and then faded into the relative obscurity of corporate boards, minor book deals and occasional talk show appearances, Ms Cheney is planning an ambitious campaign to support politicians who chart a course away from Mr Trump and his continued efforts to rehash and re-litigate his 2020 electoral defeat.

She is putting herself forward as a reliably conservative counterpoint to Trumpism, and she has the congressional voting record to back that up.

For the moment, Republicans - at least in the House of Representatives - seem to think fealty to Mr Trump is more important than ideological purity. Ms Cheney is betting her political future that this won't always be the case.

Who could replace her?

Soon after the vote to remove Ms Cheney, Ms Stefanik quickly signalled her interest in a letter to colleagues, pledging to "unify our message as a team and win the majority in 2022".

A former critic of Mr Trump, the 36-year-old has morphed over the last couple of years into one of his staunchest allies.

He repaid her loyalty on Monday with an endorsement.

However, not everyone in the party supports Ms Stefanik, with some complaining that her voting record in the House is too liberal.

Chip Roy, a member of the hardline conservative Freedom Caucus, set forth his opposition to Ms Stefanik in a memo to colleagues on Tuesday.

"Let us contemplate the message Republican leadership is about to send by rushing to coronate a spokesperson whose voting record embodies much of what led to the 2018 ass-kicking we received by Democrats," the Texas congressman wrote.

What next for Cheney?

She is now fighting for her political life back in her constituency, where her party has already voted at the state level to censure her for voting to impeach Mr Trump.

media caption'Our election was not stolen and America has not failed.'

At least five Republicans have filed paperwork with the Federal Election Commission to run against her in 2022.

Of the 10 Republicans who voted to impeach Mr Trump, nine in total now face primary challengers from within their party to unseat them from Congress next year.

In an interview with NBC News shortly after the vote, Ms Cheney called her removal "the opening salvo" in a fight "to bring back our party to substance and principles".

Of the primary challenges she faces in Wyoming, she said: "Bring it on." 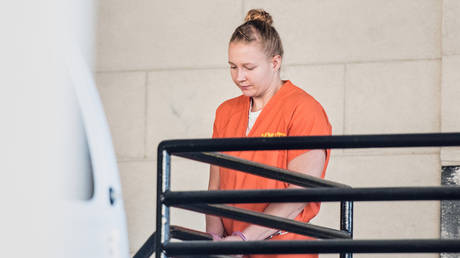 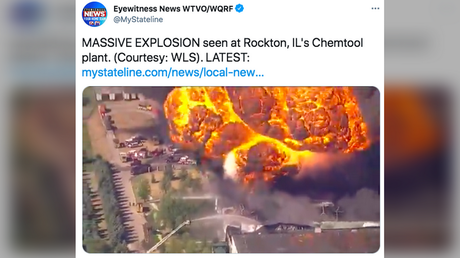