US election 2020: 'Deadline' looms for US coronavirus relief deal

White House officials and congressional Democrats are entering last-ditch talks to agree a stimulus bill to inject cash into the battered US economy.

Democratic Speaker of the House Nancy Pelosi set a Tuesday deadline for any agreement to be reached.

Earlier this month, Mr Trump cancelled the budget negotiations, before later directing his team to resume them.

Each side has said they want a deal passed before the 3 November election, but experts say this is unlikely.

A statement from Mrs Pelosi's office on Monday evening said she and Treasury Secretary Steven Mnuchin had made progress during a phone call earlier that day.

The negotiators "continued to narrow their differences", her spokesman said, adding that Mrs Pelosi "continues to hope that, by the end of the day Tuesday, we will have clarity on whether we will be able to pass a bill before the election".

In order for any deal to be finalised, it must be approved by the Democratic-controlled House and then the Republican-controlled Senate before going to the president to be signed into law.

For the few past weeks, Mrs Pelosi and Mr Mnuchin have been haggling over a stimulus package ranging from $1.8tr to $2.2tr (£1.4tr to £1.7tr), which would address both economic and health issues.

One major sticking point continues to be federal funding to cash-starved state and local governments, which Democrats insist on but Republicans label a "blue-state bailout".

Democrats also continue to press for a clear national Covid-19 testing strategy and an expansion of childcare access. The White House is pushing for tax cuts and liability protections for businesses bringing back their workers.

The White House has wavered on how broad a package the deal should be, as key Republican lawmakers express hesitations about adding to the ballooning US national debt.

Speaking to Fox News on Tuesday, Mr Trump said he would support a relief bill that is even larger than the $2.2tr package proposed by Democrats.

"It's very simple. I want to do it even bigger than the Democrats," he told the programme.

"Now, not every Republican agrees with me, but they will. But I want to do it even bigger than the Democrats, because this is money going to people that did not deserve what happened to them coming out of China."

Later on Tuesday, reports emerged that Senator Mitch McConnell, the leader of Senate Republicans, told his party members privately that he did not think the White House should reach a deal with Democrats ahead of the election.

Mr McConnell also reportedly told Republicans that trying to vote on a deal might throw a wrench into plans to confirm the president's Supreme Court nominee Amy Coney Barrett next week.

How does this affect Americans?

The last of three US coronavirus stimulus packages was passed in March, and many of the funds have already been depleted.

Talks on a fourth package collapsed in August and have been on-and-off ever since. Relief measures have been proposed by both the House and Senate, but failed to gain broader traction in Congress.

Meanwhile, new daily cases in the US have been trending upwards. Last week, the US nearly broke its record for new infections recorded in one day.

On Tuesday, the US Centers for Disease Control and Prevention (CDC) reported that the pandemic has left about 285,000 more people dead than would normally be expected in a typical year.

Two-thirds of the excess deaths were attributed to the virus itself, and the rest to other causes.

The stimulus package has stalled, and in classic Washington fashion both sides, Democrats and Republicans, blame the other for politicising the issue.

Speaker Nancy Pelosi has expressed guarded optimism about the bill's prospects, but remains concerned about "differences" that negotiators have.

Meanwhile at the White House, I spoke with the president's economic adviser, Larry Kudlow. He said the president has worked hard on the bill.

Mr Kudlow also sighed, loudly, and said the discussions had become ideological. "There's a million - not a million - there's a number of political and ideological points in that that have nothing to do with Covid," he told me and a small group of reporters, referring to the bill.

"Once it became a mammoth bill with a lot of ideological asks in it, that's what hurt."

At this point, there is no resolution. Yet Republicans and Democrats both say they are doing their best - and that the other side has caused all the political drama and hobbled the bill's progress. In other words, it's business as usual here in Washington.

What happens if they miss the deadline?

Mrs Pelosi has said that if no deal is reached by the end of Tuesday, the talks will be suspended until after the election, which is now only 14 days away.

However, she could be bluffing - as Mr Trump apparently was on 6 October when he tweeted directions to his team to "stop negotiating until after the election when, immediately after I win, we will pass a major Stimulus Bill".

"I shut down talks two days ago because they weren't working out. Now they're starting to work out," he told Fox News later that week, citing breakthroughs in aid for airlines and direct payments to households.

Ahead of a scheduled call with Mr Mnuchin on Tuesday, Mrs Pelosi appeared to soften her self-imposed deadline during an interview with Bloomberg.

"It isn't that this day was a day we would have a deal. It was having the terms on the table to be able to go to the next step," she said. "We are on a path. You have to be optimistic." 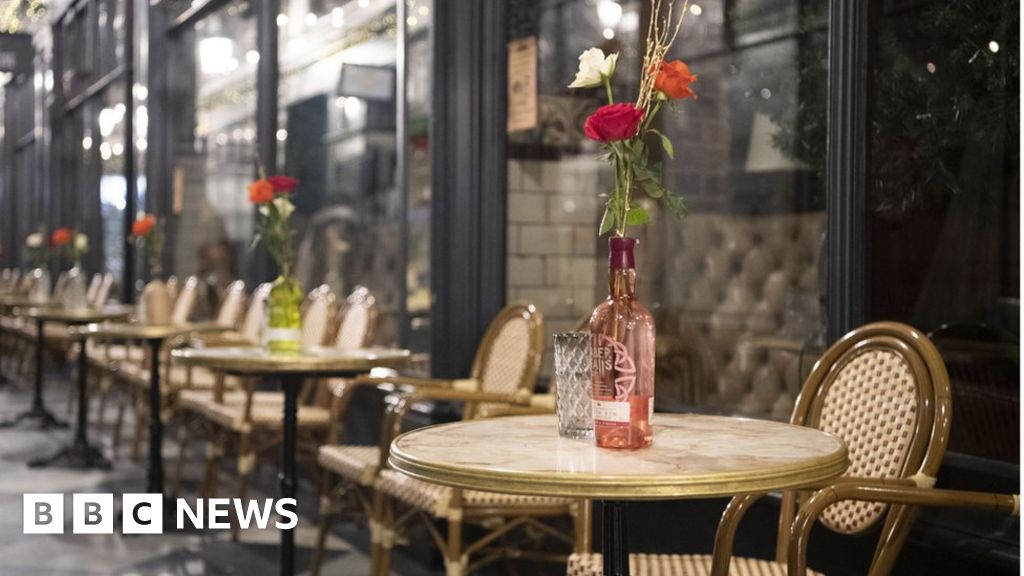